Alumni News: Dr. Abhijit Bhattacharyya to serve as interim leader for the Graduate School of the University of Arkansas at Little Rock. 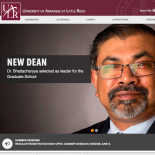 Dr. Bhattacharyya earned his Ph.D. from the Mechanical and Aerospace Engineering in 1994 under the guidance of Professor Weng. He joined UALR in 2002 as an associate professor. His research is in materials engineering with a focus on smart materials and thin films. The Department of Defense, NASA, the Department of Energy and NSF-EPSCOR have funded Bhattacharyya’s research for a total of about $1.3 million, and he is the author of nearly 90 publications.

Rutgers students win $50,000 from the U.S. Department of Energy to fund a business in wind power 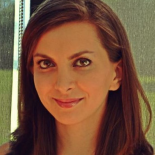 Sonia Modarres Razavi, a doctoral candidate (Advisor: A. M. Cuitiño) won the 2016 New Jersey Pharmaceutical Association for Science and Technology (NJPhast) graduate scholarship in recognition to her poster: "Toward predicting tensile strength of pharmaceutical tablets by ultrasound measurement in continuous manufacturing". These awards are being given to recognize excellence in graduate research in the fields of pharmaceutical science and pharmaceutical technology.
May 12, 2016 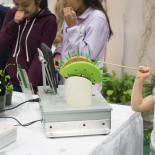 Professor Guo's research highlighted in the Journal of Polymer Science 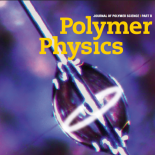 Research of Ph.D. candidate Matthew Frenkel and Prof. Guo on "On-Chip Temperature Monitoring" was selected as the Cover Image in Journal of Polymer Science Part B: Polymer Physics, Vol. 54, Issue 12. In the associated article, Frenkel and Guo discussed the fabrication of a whispering gallery mode micro-sensor by utilizing polydimethylsiloxane (PDMS) micro-shells coated onto an electrical current-carrying wire.
May 4, 2016 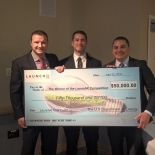 Professor Mitch Denda doctoral student David Talarico, along with Rutgers MBA students Ryan Annibali and Antoni Milewski, won the DoE-sponsored LaunchR pitch competition's grand prize of $50,000 in seed money for thier company based on a new wind power technology. Amongst the seven finalists were teams from Princeton, The University of Delaware, and NJIT. In addition to the seed money, they have been given a chance to compete on the national stage at the Department of Energy 's CleanTech Pitch Competition in Colorado this June. 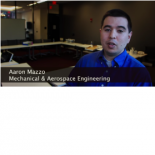 Creative Innovation Using only paper and electronics, first-year students at Rutgers created a lightsaber, xylophone and even a singing dog in a Byrne Seminar course. Watch and see what happens when you combine art and engineering https://www.youtube.com/watch?v=ETZjBGALc2c

Rutgers Formula Racing is excited to announce that we will be unveiling our 2016 car at the New York international Auto Show this year! To those who are unfamiliar with our organization, Rutgers Formula Racing (RFR) is a high-demanding, high outputting, illustrious academic organization that serves as a platform for engineering students to gain invaluable knowledge and skills reaching far beyond the realms of the classroom and curriculum.

Prof. Shojaei-Zadeh makes it to the cover of The Journal of Chemical Physics, Jan 2015 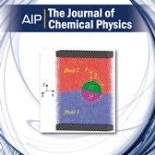 The Journal of Chemical Physics has selected the research performed by Prof. Shojaei-Zadeh and his graduate student Hossein Rezvantalab as the featured article and the cover page image in its January 2015 issue. The article "Molecular simulation of translational and rotational diffusion of Janus nanoparticles at liquid interfaces" is co-authored with Prof. Drazer and is published in volume 142, issue 1 of the journal. The Journal of Chemical Physics ranks number one in total citations by the ISI in the category of Atomic, Molecular and Chemical Physics.