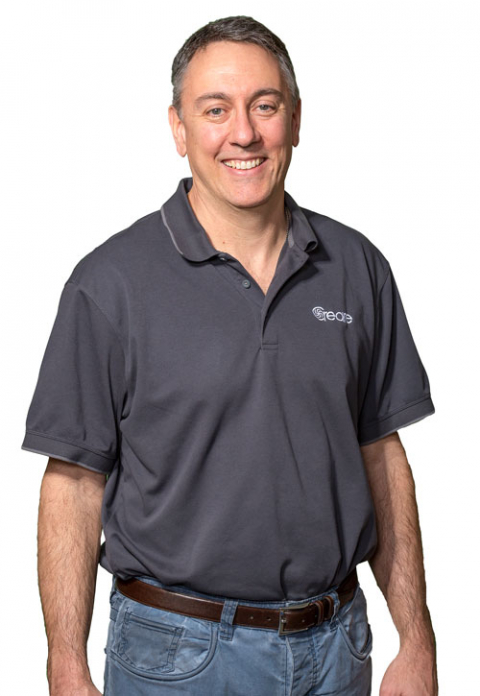 Dr. Zagarola received his B.S.M.E from Rutgers University in 1989 and his M.S.M.E and Ph.D. from Princeton University in 1992 and 1996, respectively. While at Rutgers, he helped design and build a large water channel in Professor Tim Wei’s hydrodynamics laboratory, stoking his interest in experimental research and prototype development that would persist throughout his career. While at Princeton, he designed, planned, and implemented a unique, 28 ton, pipe flow facility for Professor Lex Smits. The facility provided accurate data at Reynolds number over one order of magnitude larger than previous experiments. The data and theories in his thesis provided new insights on the scaling of wall-bounded shear flows. Also while at Princeton, he worked at the United States Golf Association on the development of free-flight test range to measure the aerodynamic characteristics of golf balls. With this range, the aerodynamic characteristics of golf balls were determined much more accurately than with previous techniques. This range was described in Popular Science, February 1995. Upon graduating from Princeton, Dr. Zagarola joined Creare Inc. in NH, a diverse R&D research and prototype production company in Hanover, NH. One of his first projects was as a test engineer for a cryogenic refrigerator being developed by Creare for the Hubble Space Telescope. This was the start of a 25+ year career working in cryogenics and the development of hardware for space. He has been a partner and principal engineer at Creare since 2005, president at Creare’s sister company, Edare, from 2013 through 2019, and a board member at both companies. Most importantly (to him), Dr. Zagarola is still actively involved in developing new technologies for space.